Although the civil war that paralyzed the country for 10 years ended in 2006 on a peace agreement and an announcement from the Republic, the balance remains fragile and tensions are still high. The Administration is relatively corrupt and very regular changing of the Prime Minister prevents the  Ministries from making progress, as well as holding up the launch of national action plans and structural reforms.

The absence of social policy and development has a direct impact on the daily lives of the Nepalese whose misery is growing. The main causes are: climate change; severe food insecurity affecting more than 3 million Nepalese; the shortage of energy depriving the country of electricity every day; public debt with no end in sight and the rate of inflation being in double digits…

As it is, Nepal is one of the poorest countries in the world. The mass exodus to the cities is accelerating (even if 75% of the population is still rural) and urban unemployment is high. Despite a proactive Government policy to combat poverty, and a significant improvement in living conditions, hundreds of families find themselves in an unstable situation in the disadvantaged areas of the Nepalese capital, Kathmandu. These people, often migrants or displaced people, usually suffer from a lack of full access to social infrastructure.  Nepal faces a low level of education and a high rate of malnutrition amongst young children. Half of all primary school students do not have access to a secondary school and only half of them finish their studies. For this reason, child-trafficking numbers exploded at the end of the 1990s and the youth unemployment rate is two times higher than the national average.

In addition, the patriarchal system and gender discrimination are at their peak because of many cultural and religious factors and the caste system upon which society is built.

Planète Enfants & Développement organises prevention and rehabilitation projects in 4 main areas:
– women and children who are vulnerable to violence in disadvantaged areas;
– children at risk in urban areas;
– likely candidates for migration;
– and the victims of trafficking, exploitation and violence.

Our projects are designed to strengthen the capability of families to improve their own living conditions through regular home follow-ups and through support to social services suited to the problems identified by social workers.

Each year, 450 000 young Nepalese access the job market – 90% of them are not qualified – while the youth unemployment rate is two times higher than the national average. The job market as it exists today continues to exclude the most vulnerable people. In addition, the majority of businesses report a gap between the qualifications acquired by workers and the skills they require, forcing them to regularly retrain the workers they hire. The project developed by Planète Enfants & Développement and the Voice of Children is intended to empower the most vulnerable young people without education or employment to integrate into the job market.

We have also created rehabilitation centres to allow victims of exploitation to reintegrate into society with psychological and social support and give them a chance to return to a normal life. They are offered training in order to learn a profession and regain some financial independence by the end.

Our projects are also designed to reduce all forms of violence against women. Activities are designed to enhance the role of women in society, through male engagement in behavioural change, making adolescents aware of gender issues and improving safeguards. To this end, we have implemented literacy classes, protection committees and sharing sessions covering health, hygiene and human rights.

“After two years in the streets of Kathmandu and thanks to the support of Planète Enfants & Développement and Voice Of Children, I found the motivation to reach the family reintegration support centre. There, they listened, it raised awareness to the importance of taking care of myself, of keeping ties with my family… and with school too”
Kiran Shrestha, 17, Nepal

Donate button: Give to Nepal 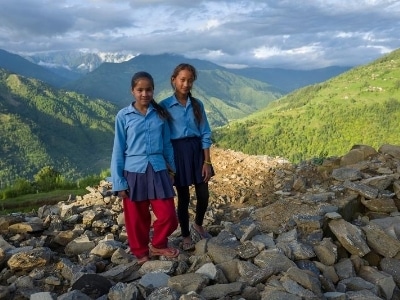 A shelter for young Chepang girls in Nepal 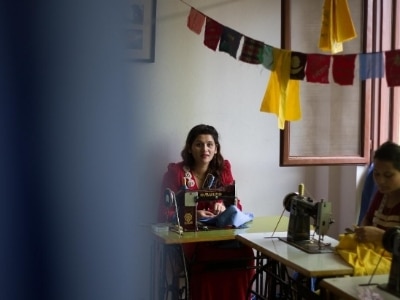 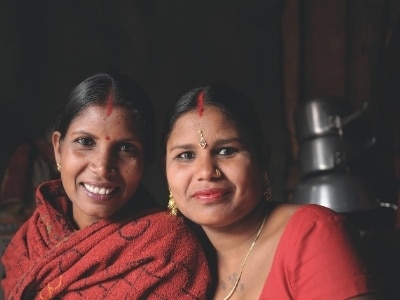 So that violence does not become a cruel fatality. Let's help them ! 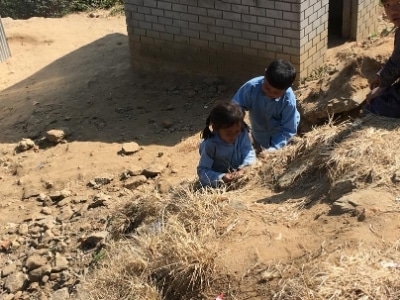 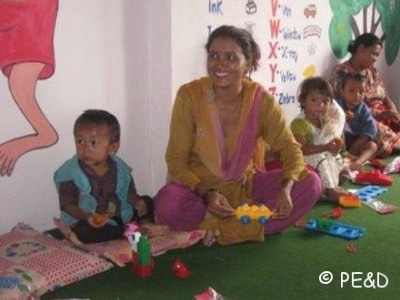 A better future for mothers and their children