Press enter to begin your search

Planète Enfants & Développement has been in Cambodia since 1984

Since the end of the civil war in 1991, Cambodia has experienced some form of political and economic stability. The country today benefits from one of the most dynamic economic growth in the world thanks to textile industry, construction and real estate, tourism and agriculture.

Despite tangible progress and a strong willingness of the government to catch up economically, much still needs to be done. In 2018, the country still ranks among the least developed countries according to the United Nations. Today, many children during the early child years, live with their grand-parents only in the villages, receiving few care and stimulation.  They access late to the school and the majority of them do not complete primary school. In terms of health, it is also difficult for children and their families to access to good quality health care, notably in rural areas and for ethnic minorities.

This growth has also left many people behind an create new pockets of poverty. In cities, wealthy investors and businessmen, live alongside the poorest people, street sellers, scavengers or families living in slums in the outskirts of the city. In these districts, children live in very precarious conditions, all the more exposed to illnesses and violence. Finally, workers in factories, on construction sites or in the fields, have difficult working conditions, often not benefiting from any type of social protection, and struggle to access to healthcare services.

Planete Enfants & Développement is committed to work at improving living conditions of children, in particular those aged between 0 and 6 years old, and their families. The organization is active in the remote coutrysides, the precarious areas and in the new economic sector created by globalization like the garment sector. We deliver sustainable services to the targeted beneficiaries but also improve the legal framework in collaboration with the related ministeries.

With three active projects in 2018, supporting over 12 000 direct beneficiaries, the organization intends to enhance:

The organization is active in Phnom Penh and in the surrounding precarious areas, in the Kampong Spoe Province, located north of the city of Phnom Penh, and in the Kampot Province in the south of Cambodia.

To prevent and respond to violence, exploitation and abuse

Fight against violence towards women and girls, Cambodia 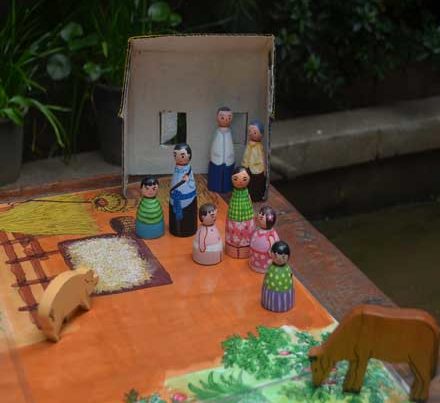 Nurseries and health services for workers and their children, Cambodia