In Vietnam, 58% of married women suffer from some form of physical, sexual, and/or emotional abuse at some point in their lives by their intimate partner[1].

The Vietnamese society remains patriarchal and the traditions continue to strongly structure the relations between women and men. The Vietnamese government has developed policies for promoting gender equality and ending the violence, especially in its 2011-2020 National Youth Development Strategy. The goal: 70% of young people are aware of gender equality.
However, efficient implementation of laws requires additional efforts and resources.

Local authorities remain unaware of the issue, the number of social workers and care facilities are insufficient: there are only two shelters dedicated to women victims of violence nationwide.

Lastly, a study conducted by Planète Enfants & Développement in 2018 in three districts of Ho Chi Minh City reveals that the women are aware of the danger and the inequality of the violence, but that they prefer to not disclose it to the public.

[1] In 2010, the General Statistics Office of Vietnam published the first and only national-level study on domestic violence. 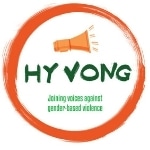 Facing this context, Planète Enfants & Développement, in collaboration with the NGO Batik International, launched the project Hy Vong (“hope” in Vietnamese) in 2019 to fight against violence done towards women.

The first objectives of this project are to promote awareness of the problem among communities and authorities, encourage people to discuss the issue, to identify and take care of the women victims and to coordinate different social actors.

Our concrete response is in three levels:

We have already conceived a kit of methodological tools, in partnership with a psychiatrist, to evaluate the recovery of the women after a period of care.

BATIK International – A French NGO present in Vietnam since 2008