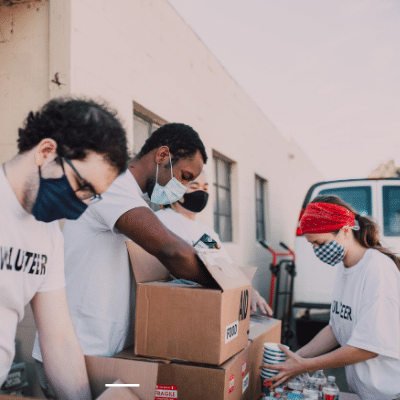 NOT TO BE MISSED : NGO Day

Why celebrate NGOs on February 27?

Associations are part of the daily lives of millions of French people. And for many still, when we talk about NGOs, we think especially of the assistance of vulnerable people.  But do you really know the role and impact of NGOs? Some key figures and highlights!

Assistance in addition to the State, yes…

“In the face of the disappearance or weaknesses of certain states, NGOs are helping to fill the void created,” says lawyer and researcher Philippe Ryfman. For example, the Abbé Pierre Foundation supports the production of 500 to 600 housing units per year with its Toits d’Abord program, which complements public funding.

Planète Enfants & Développement developed in the 1990s in Cambodia, thanks to its knowledge of the country, a model of pre-schools run by municipalities. The entire education system was to be rebuilt after the Khmer genocide. The Cambodian state, which has seen the effectiveness of the model, officially adopted it in 2002, in addition to public schools. PE&D has created 150 community pre-schools. Other NGOs then relied on this model to support the Communes and create more than 3,000 pre-schools in the country.

NGOs are also and above all a laboratory of innovation

On a human scale, flexible and independent, NGOs close to their beneficiaries know how to identify needs. Creative, they test, evaluate, adapt, learn and develop real expertise.

Gabriel ATTAL, then Secretary of State to the Minister of National Education and Youth, said: «Generosity finances the general interest and thus knows how to take risks, which the State cannot always take, to bring out real social innovations».

Did you know that Médecin du monde played a major role in the creation of Universal Health Coverage (UHC)? Or that medical research within associations has a major role in new treatments: “50 million EUR for the public budget for cancer research is less than the 60 million EUR raised by the Arc and the Cancer League…” according to Claude Tendil, President of the Arc Foundation.

At Planète Enfants & Développement, being as close as possible to the people and their needs, experimenting with models, ensuring that they are taken over by the locals and that they multiply is part of our strengths.

In Cambodia, companies with more than 100 employees are required by law to participate in the care of their employees’ children. In 91% of factories, workers have children under the age of 6. Yet 72 out of 100 factories do not meet their obligations.To enforce the law, we first worked on the first repository of business day care centres alongside the Cambodian Ministries of Education, Labour and Health. After a year of experimentation with garment factory workers, we realized that it is also difficult for them to take their children to their workplace, because of long journeys between home and the factory. So we decided to adapt the project, while involving the companies: we plan to create 22 crèches in the villages where they live, with the participation of their employers.

4.7 million households trusted associations in 2019 by donating to them. A trust that is dear to us and respect.

Do you know that most associations are required by law to be audited by statutory auditors every year *? This is the case for Planète Enfants & Développement. Each year, independent auditors invest our premises several days in the spring and control the regularity of our accounts and our good financial management. They check in particular that there is no fraud or infringement, and present their conclusions to the General Assembly of the association. The annual accounts are then published on the association’s website.

Also subsidized by public subsidies, Planète Enfants & Développement is regularly audited on the ground and must provide detailed reports during projects. We also have our projects evaluated by external consultants to monitor their effectiveness.

Without your generosity, many NGOs would not exist for the benefit of the general interest. Your generosity has a real role and impact on the march of the World. Thank you.

To go further:
> Learn more about association controls (in French)

> The State of associations in 12 news in France  (in French)

> Study “Associative France on the move”  (in French)