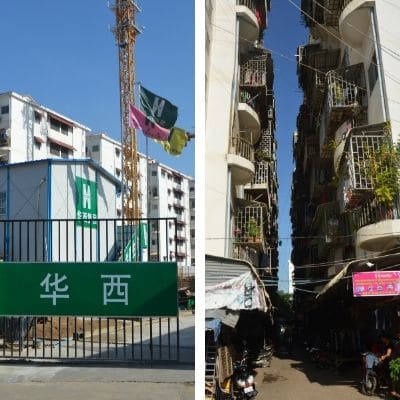 Study in Cambodia : a better life in social housing ? 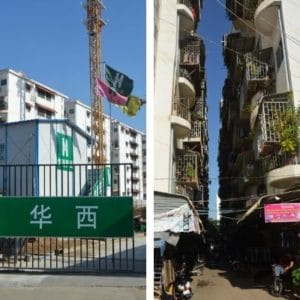 In March 2020, our team in charge of the Family Support and Habitat (Hali) project in Cambodia, carried out a study among families from the precarious Borei Keila district in Phnom Penh who were rehoused by the State in social housing. Its objective : analysing the changes in the living conditions of these families and making recommendations to the local authorities to solve the housing crisis in Phnom Penh.

Ten years ago in Cambodia, the State carried out an ambitious project to rehouse the inhabitants of a slum on site by building collective housing. The densification of the housing made it possible to free up plots of land that were then sold. The capital gain on the property financed the construction of the housing given to the slum dwellers.

What happened to these families? Did their new modern housing enable them to get out of poverty?

This is what our team working to improve living conditions in Phnom Penh has sought to find out by conducting an assessment and interviewing the inhabitants of the Borei Keila neighborhood.

The study revealed some encouraging results

By moving from the slum to the apartment, the inhabitants have kept their habits and even strengthened their community ties. Despite the traditional reluctance to live in collective housing, 95% find the apartment comfortable.

Moreover, 43% of the respondents who used to live in the Borei Keila slum said they wanted to move in order to have better quality housing. This is not a sign of dissatisfaction, but on the contrary it is very promising as it shows that re-housing has enabled people to have higher housing aspirations. For them, access to this housing is only a transitional stage and underlines their willingness and motivation to benefit from better living conditions. It is a sign of social advancement for these rehoused families.

The survey analyzed the living conditions of 96 families living in Borei Keila, the only social housing site created by the government in Phnom Penh. These 96 families account for 7% of all the occupants of the new buildings. Between 2007 and 2012, 1344 apartments were built and offered to the most precarious families in Borei Keila.

The main results of the study

But the study also highlighted some limitations

The method used for the study

To conduct the study, individual face-to-face interviews were conducted with one member of each family as well as with community leaders such as the neighbourhood chief. The study randomly selected 2 families per floor per building to provide a representative sample of 96 families.

It should be noted that the respondents were necessarily present during the day. The survey was indeed conducted during the day because the neighbourhood is considered dangerous in the evening.

In addition, a limited number of residents refused to respond to the pollsters, claiming that they did not have the time or were not interested. We can assume that the profile of these people is not very different from the respondents one, as their distrust may indicate, for example, dissatisfaction with the management of the building.

What conclusion can we draw from this ?

This study has therefore enabled us to draw lessons and recommendations on the implementation of such a project.

The conclusion is rather positive. Access to housing has enabled these families to improve their living conditions, to better protect themselves from floods and fires, but also to regain routine access to water and electricity. Finally, it is an opportunity for these families to return to dignified living conditions and for the children to grow up in a healthy and safe environment.

We are encouraging this type of state-led project in Phnom Penh by making sure to improve project monitoring and the involvement of the inhabitants in particular. To best meet their needs, it is better to involve them in the construction project. For example, this can make it possible to identify and take into account the particular needs of people with disabilities. We also recommend that the project be accompanied by a component to raise awareness among inhabitants on the maintenance of the spaces: eco-responsible gestures and waste sorting.

Urban poverty, a challenge in Cambodia

As a result of the rapid economic growth and the massive rural exodus that it has brought about, between 26,000 and 70,000 families now live in unhealthy conditions in Phnom Penh. 1 person in 5 lives in a slum and therefore encounters daily problems of access to water and hygiene.

This situation is all the more alarming since in 2050, 36% of the Cambodian population is expected to live in a city.

Since 2017, social housing projects are part of the law to rehouse the most precarious families.

The quality of the living environment has an impact on the family as a whole, but also and above all on children, who grow up better in a healthy and protective environment.