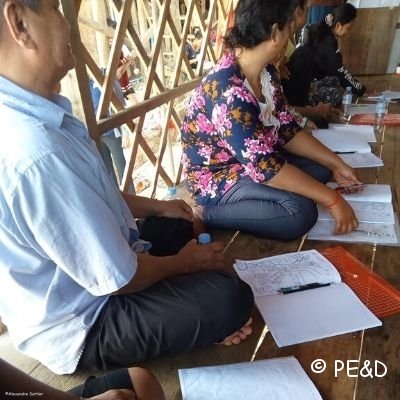 Men involved in the fight against gender based violence 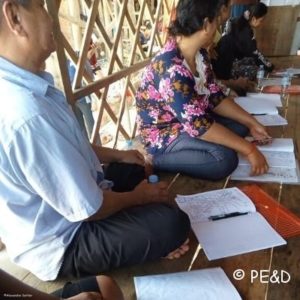 Fight against gender based violence in Cambodia

In Cambodia, where women regularly suffer from domestic violence, Planète Enfants & Développement is leading a project to tackle this issue. One of the method used : gathering men and women in order to make them think and communicate. Find out about this participatory method.

In Cambodia, 20% of women from 15 to 49 have already suffered from physical, verbal or psychological violence, most of the time within their family.

Women from precarious communities are the most vulnerable. Domestic violence inevitably affect children. By the way, a lot of women receive the first blows during their pregnancy.

That’s why, since June 2018, our team in Cambodia is leading a project to fight against gender based violence.

Violence against women is often the result of an overflow of anger or a lack of communication in the couple. That’s why our social workers on the field use the “Gender Action Learning System” (GALS), a method developed by Oxfam in 2007. It places the participants at the heart of the project and make them think about the place of each one within the couple, the constraints and the opportunities encountered.

One of the keys of this project is the participation of men. Indeed, they have a central role to play in changing mentalities and promoting gender equality. The inclusion of men in the project also fosters the promotion of mutual respect within the family.

Trainers encourage the use of non-violent communication and explanatory diagrams allowing everyone to visualise the path that has to be taken in order to restore trust within the couple and harmony within the family.

The use of drawings makes it possible to include people who don’t know how to read or write. Everyone is free to express their fears and the division of domestic chores is discussed.

Participants also receive financial literacy lessons in order to be able to plan spending over the long-term.

The testimony of a participant

Results are very encouraging. As evidence, here is the testimony of a social worker who has seen changes in a man behaviour thanks to the project :

“After having received his salary, he often called a few friends to have a drink. He didn’t care about his wife and children. But today, he realizes he is less violent at home and he has reduced his alcohol-related expenditures. He even plans to save money in order to build new projects with his wife and children and to look ahead with his family”.