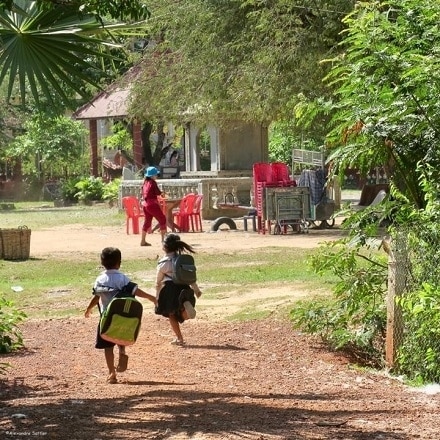 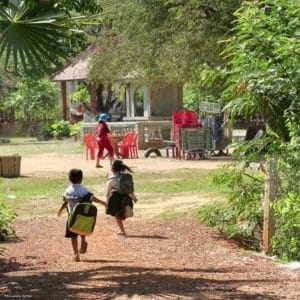 Among the novelties installed by this law: Lowering mandatory education to age three. Planète Enfants & Développement rejoices that early childhood is in the case files of the government in France but wonders about the implementation of this action.

The lowering of mandatory education from six-years-old to three-years-old should affect 25,000 children in France, mainly those of the overseas departments. While in mainland France the rate of schooling of ages three to five is already 98.9%, it is 82% in French Guiana and 84.9% in Mayotte. To a lesser extent, it also affects children whose parents favor kindergarten or homeschooling.

We recognize the importance of early childhood in France and the intention to reduce inequality starting at an early age. Indeed, many published studies these past years, notably by neuroscientists, demonstrate the significance of the relations on the child’s development. A poorly stimulated environment leads to an impoverishment of the synaptic network in the child’s brain and underdevelopment of certain cognitive functions. Before age six, the basics of the language, motor function, and self-confidence are laid.

Mandatory lowering should, therefore, increase the rate of access to school for those ages three to five and, especially, strengthen the child’s emotional and intellectual development.

But what will it really be?

The obligation is on education (and not schooling). Parents can, therefore, opt for homeschooling that is subject to a declaration and an annual inspection by the academic inspectorate. But do these affected families and territories have the key and the resources to comply with the new law? Insecurity, fears of families, lack of structure and teachers are all the obstacles in some French territories (1). Is the law easily applicable in the state for the 25,000 children listed?

And beyond the quantitative aspect, will the quality of the care of children be given specific attention? The idea of mandatory education for the three-to-five-year-olds questions us: kindergarten is also described as a place for education. We are in tune with the recommendation of the study of the impact of the draft law which indicates that it is important to “strengthen the kindergarten school in its dimensions as a school of fulfillment and of emotional and social development, with a secure setting.” Kindergarten should not become a preparatory course ahead of the time when the assessment prevails and during which the students learn to write, read, and count, without respecting the pace of development of the child and his/her uniqueness.

It is worth noting that France is the first European country to decree mandatory education at three years old. It will be suitable, therefore, to study its application, impacts, and benefits.

We reaffirm our positioning in favor of substantial investment on behalf of the governments around the world so that children of ages zero to six can develop and thrive in a supportive environment and benefit from the best tools for the future.

Because we are convinced that stimulating the youngest children plays a preponderant role in the development of their potentials and the adults they become, Planète Enfants & Développement wishes to improve the care of children less than three years old in its countries of intervention. It also acts to give children, especially those of disadvantaged backgrounds, the opportunities for a better future.

Our area of intervention for early childhood:

Find all of our programs for early childhood on our website >>

> The law for a school of trust (in French)

Article of France TV Info: “Access to education is not assured for all students in French Guiana and in Mayotte (CNCDH)” (07/07/2017) (in French)