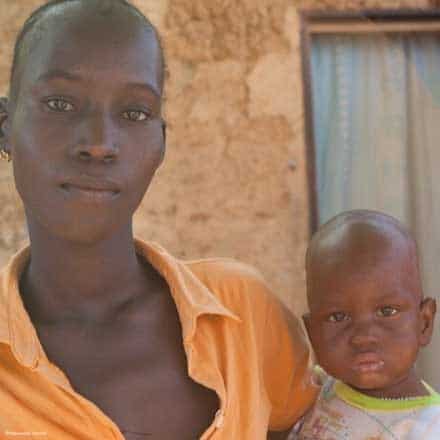 International Day of Peace: What future in Burkina Faso?

It is under the context of growing insecurity in Burkina Faso that we celebrate the International Day of Peace on the 21st of September this year.

Estelle Dahani, the Burkina Faso supervisor of Planète Enfants & Développement, explains to us, with concern, the evolution of the country these past months and the consequences on the population.

“Not good! The information coming from the front is really not good,” titles l’Observateur Paalga (the Paalga Observer) on Monday the 16th of September, 2019. Indeed, the terrorist threat extends all over the Burkinabé territory with regular attacks: the destruction of the State’s symbols, targeted assassinations, landmines, attacks on food convoys, destruction of schools. Hundreds of thousands of inhabitants are constrained to flee their villages to search for peace and security. More than 270,000 people have been displaced since the beginning of the conflicts and 2,200 schools have been closed, depriving 330,000 children of their schooling. School drop-out poses serious risks for children: notably, the recruitment of boys into armed groups and the abduction of girls.

Planète Enfants & Développement, who has been working alongside the Burkinabé population for fifteen years, adapts to the context of insecurity and attempts to maintain as much as possible the achievements in the field for the development of early childhood. Half of our team has been trained since the beginning of the year on security management, particularly while traveling within the country, and on education in emergencies. Our intervention strategy within the country is also reviewed accordingly.

Planète Enfants & Développement has been developing since October 2019 a project in the Northern Region of Burkina Faso in collaboration with Expertise France and the European Union. The main objective of this project is to contribute to the stability of the North of the country by permitting women to develop their full potential: to have access to better economic opportunities, equal opportunities, security, and development.

Besides, Planète Enfants & Développement wishes to strengthen the ability of educators of young children on education in emergencies by innovative educational approaches. The association is also planning to create recreational areas to accommodate children ages 3-6 from displaced populations in secured places that bring them health and psychosocial protection and basic education. A project that is a part of the national strategy of the Ministry National Education, Literacy, and Promotion of National Language (MENA/PLN) to promote and maintain the schooling of students in the zones with strong security challenges.”

Our presence is more than ever useful in this context to protect vulnerable children, to offer them the opportunity to grow up in a secure environment and break the cycle of violence.