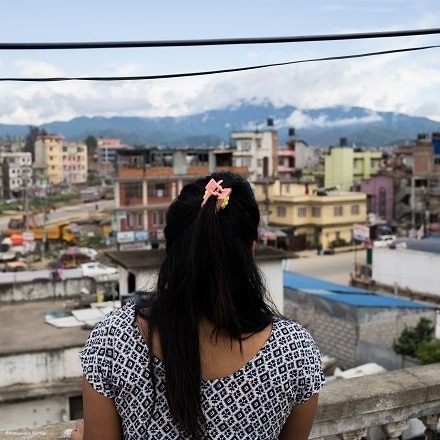 Urmila, victim of human trafficking, tells us her story 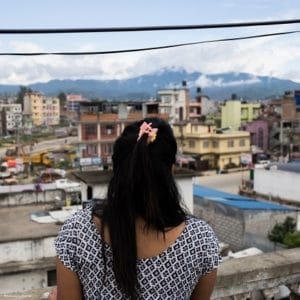 Each year, 2.5 million people fall into the trap of human trafficking.

That is what happened to Urmila*, a 34 year old Nepalese, mother of two children, exploited for eleven years in the entertainment industry before meeting Planète Enfants & Développement. She tells us her story:

“At thirteen years olds, I found myself married. One day, my husband left for Kathmandu and never came back. I found myself, again, alone with my boys, so I decided to leave to find my husband. Since I did not have the money nor special skills, friends suggested that I come to work for the entertainment industry. I was against it but I did not have the choice. I finally found my husband but he did not do anything for our family. He began to physically and morally torture me so that I continue to work in this industry. I suffered from physical abuse from customers, from my “colleagues” and my boss. Exploited, I was very desperate.

And I finally met Planète Enfants & Développement and its partner Child Nepal. The association helped me in starting my street business where I sell clothes. Thanks to their support, I was able to begin to fulfill the needs of my family. The situation gradually became better with my husband. I also had, especially, the opportunity to participate in different trainings on entrepreneurship, education on parenting, modern trafficking and slavery, health, etc. I learned a lot! I can also, whenever I want, go and talk about my problems to the psychosocial counselor or the health agent of the project. I am very grateful for Planète Enfants & Développement for allowing me to educate my daughter who is much more awake than before. I really see the progress!”

Urmila and her children are taken care of within the framework of our project Protection and Emancipation at Kathmandu in Nepal. This project allows exploited women to start over and envision an alternative future; and their children to be protected and educated. 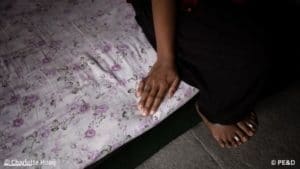 The entertainment industry would employ between 20,000 and 30,000 girls in Kathmandu, the majority being underaged. 50% to 70% of them are forced to prostitute in dance bars, cabin restaurants, singing bars (the dohoris) and massage parlors.

Within 80% of the case of trafficking, the victims are sexually exploited. The majority of the other are modern slaves doomed to forced labor associated with moral and even sexual harassment, brutality of all forms. Still others, especially the children, are forced to steal and beg.

The United Nations has established the World’s Day against Trafficking in Persons in 2013. This day aims to raise the awareness of the situations of the victims of human trafficking, to promote and protect their rights.

>> To learn more about the fight against human trafficking in Nepal

*The name has been edited