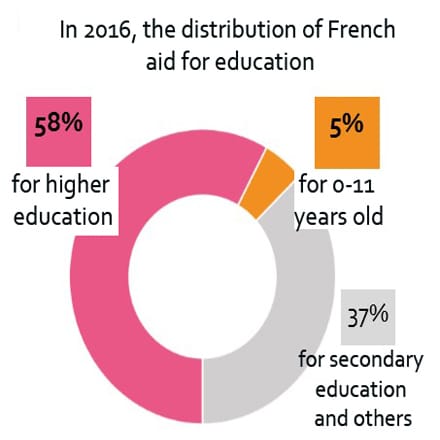 STOP inequality among children of the world, more resources during the Early Childhood!

In most developing countries, services for early childhood development (nurseries and preschools) are very under-developed, or simply inaccessible geographically or financially.

Traditionally, it’s often the community of the family who take charge of child custody for young children in an organized manner. But in the past few years, rapid industrialization in urban central districts and the reduction of agricultural revenue engendered an important rural outflow, and this completely subverted the above-mentioned organization. Many mothers who were work in the city had no choice but to leave their children on their own all day, or in the village. Sometimes, the mothers prefer to take days off to take care of their little ones, but this complicates furthermore their families that are already very vulnerable (there is even less income, the eldest children had to start working, etc.)

“It’s during his/her first years that a child builds the foundations of his development. He/ she develops motor action, language, self-confidence during these year. Without this foundation, how can a child succeed in elementary school, how does he/she integrate socially, or eventually develop autonomy?”

France is very invested in childhood and youth development in the world: education is one of the biggest budget in our public aid for development. However, only 5% of this budget is dedicated to 0-11 years old, of which a minute percentage for 0-6 years old.

This campaign needs your precious support! Check HERE to sign the petition!